A Visit to the RAF Museum at Cosford

Content Team Member Alex “Lady_Inquisitor” Helm recently visited the Royal Air Force Museum at Cosford near Birmingham in the UK.  The museum houses over 70 iconic aircraft from the last 100 years of aviation, including a large number of World War II-era warplanes which are proudly displayed in one of the hangars.

The museum is huge, with four giant hangars to visit, plus a number of aircraft stored outside.  The World War II planes have one of the hangars to themselves.  Planes from many different nations that took part in the war can be found inside – indeed there are so many planes that in order to fit them all in, many of the smaller ones are underneath the wings of the larger ones!

Immediately once you enter the hangar, you are greeted by the UK’s most iconic aircraft, a Spitfire I. The Spitfire was instrumental in the Battle of Britain, and supposedly at the height of the battle, a frustrated German flying ace started to demand a squadron of Spitfires for himself! All the planes at the museum are in fantastic condition, and this one is no exception.  The Spitfire at Cosford is the oldest surviving example of its type.

The Hawker Hurricane is frequently cited as the Spitfire’s lesser-remembered brother, despite being more numerous in the Battle of Britain.  It was the main aircraft for the RAF in the early years of World War II and was popular with the pilots for being both manoeuvrable and durable.  It was used across the world, mainly in a ground-attack role. 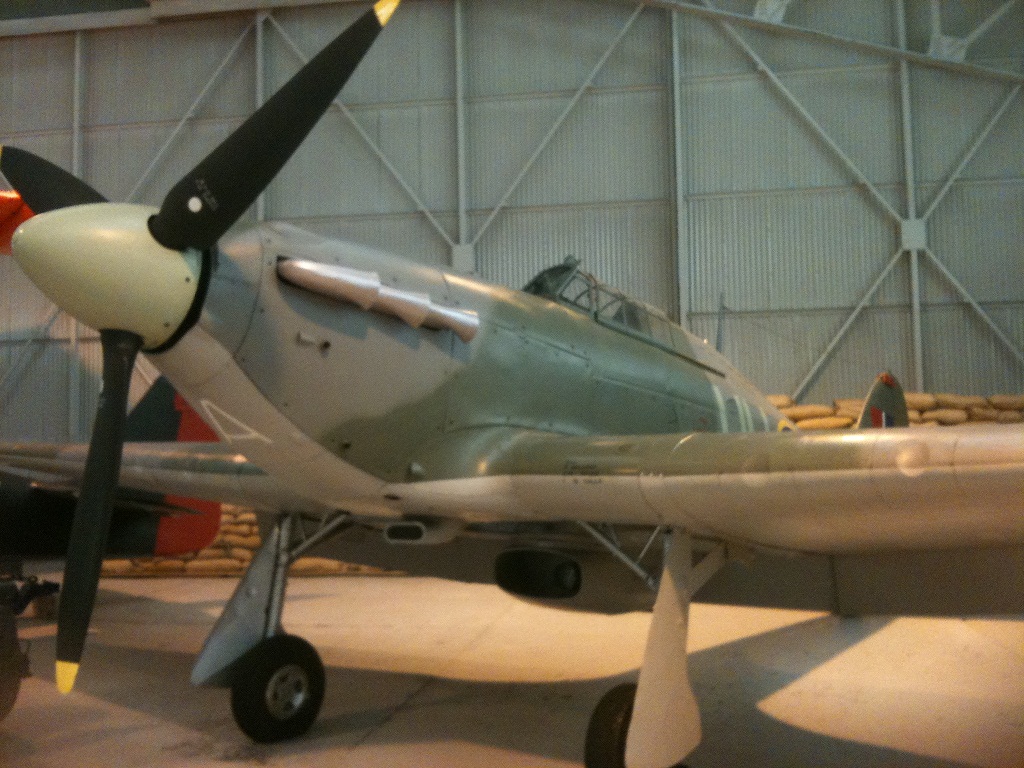 Hawker Hurricane, the backbone of the Battle of Britain

Next up was an incredibly unusual-looking Japanese aircraft called the MXY7 Ohka.  This tiny, bullet-shaped plane was designed for kamikaze (suicide) missions.  The intention was that it would be launched from a ‘mother’ aircraft, glide towards the target and then make a final rocket-powered approach to impact on the target.  However, realising the threat early on, all of the mother planes were targeted and destroyed by the Allies before any of their cargo of Ohka’s could be released.  One did have success against an American destroyer ship in April 1945, resulting in the sinking of the vessel.

The Japanese plane looming over the tiny Ohka is the Mitsubishi Ki-46 ‘Dinah’.  This was one of the most successful Japanese planes of World War II, successful enough that Germany tried to acquire the manufacturing rights for it from the Japanese!  They went away empty-handed though, the insular Japanese of the time intent on holding onto their secrets.  The aircraft combined high speed with long range and was easily capable of traversing the whole Pacific war theatre.  By the end of the war, it had become vulnerable to newer Allied fighters, but it continued to perform admirably as a reconnaissance craft. 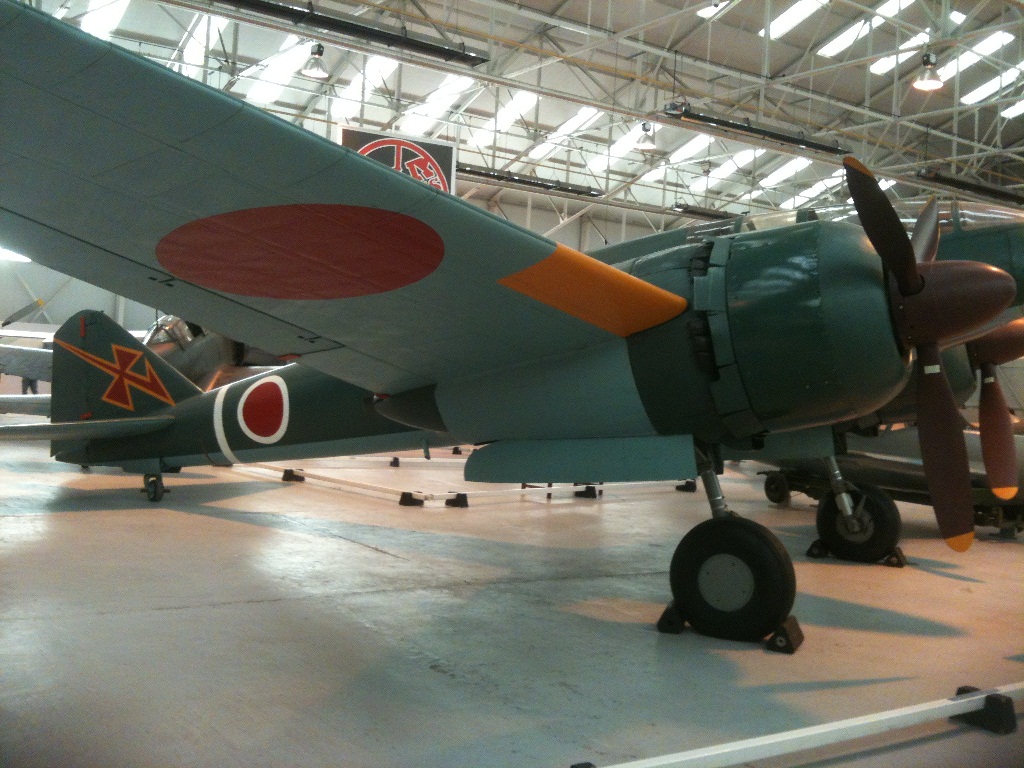 Mitsubishi Ki-46 ‘Dinah’.  Not in World of Warplanes yet, but a possible addition for the future?

The German Me. 163 Komet was the only rocket interceptor plane to be used during the war.  It was an attempt by the Germans to regain control over the skies which by that point were thoroughly dominated by the Allies.  Only one Luftwaffe unit was equipped with the Me. 163, but they still managed to get nine victories with the plane.  The main targets were the seemingly invincible American B17 Flying Fortresses.  However, fuel shortages and technical problems meant that the Me. 163 remained nothing more than an ingenious and brave but ultimately futile last gesture to gain dominance.

It wasn’t just planes that could be found in the air.  The Focke Achgelis FA330 was an unpowered gyro-flyer and was used for surveillance operations on German U-Boats.  The tiny craft could be dismantled and stored on the U-Boat until it was needed.  However, during the time it was in use, the U-Boat had to remain on the surface, rendering it vulnerable to enemy attacks.  This meant that for all its ingenuity, the FA330 didn’t see much use, although it was credited with the spotting that led to the destruction of a Greek steamer.

In a recent article about the Messerschmitt 262, the first jet-powered warplane to take to the skies, it was revealed that the secret to its success was the Junkers Jumo 004 engine.  Whilst there wasn’t a Me. 262 at Cosford (although there is one at the London branch of the museum), they did have an example of the engine. 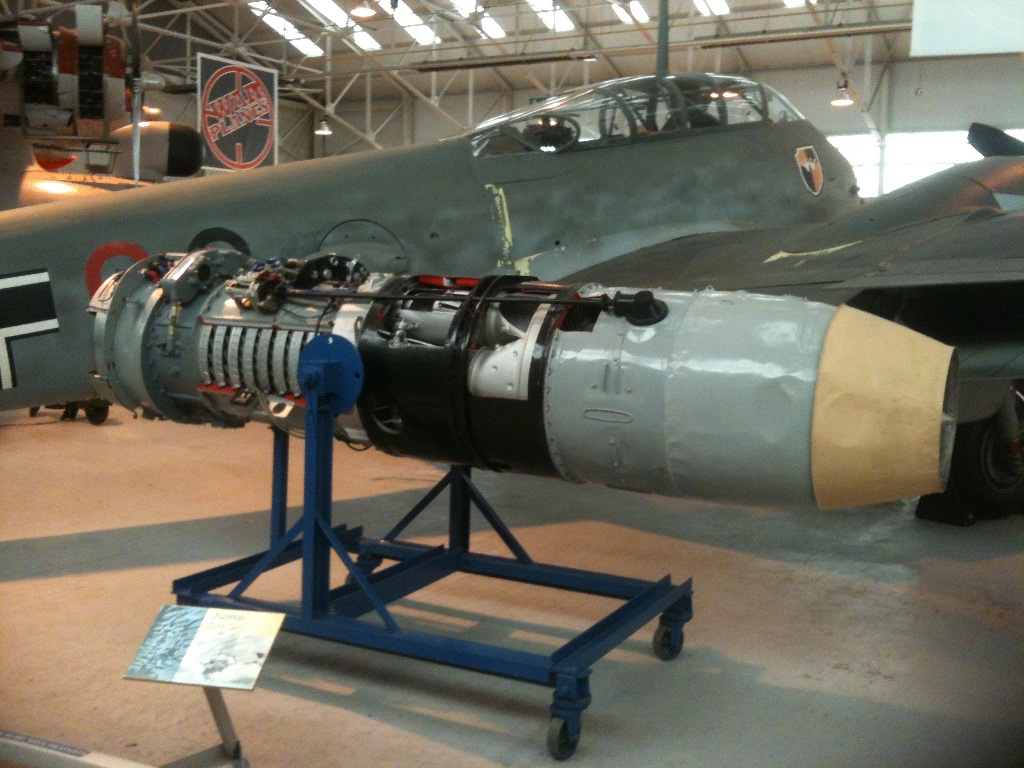 Little remembered despite their prevalence during the war are amphibian aircraft, essentially flying boats.  The PBY-6A Catalina was one such example and its role is clear from the design – the fuselage is as much boat hull as it is plane, and the engines are kept high above the plane, safe from the water level.  Catalinas such as this one played a key role in the Battle for the Atlantic, sinking a number of German submarines.  These planes continued to serve in a civilian capacity for a long time after the war.  A handful are still used today for fire-fighting. 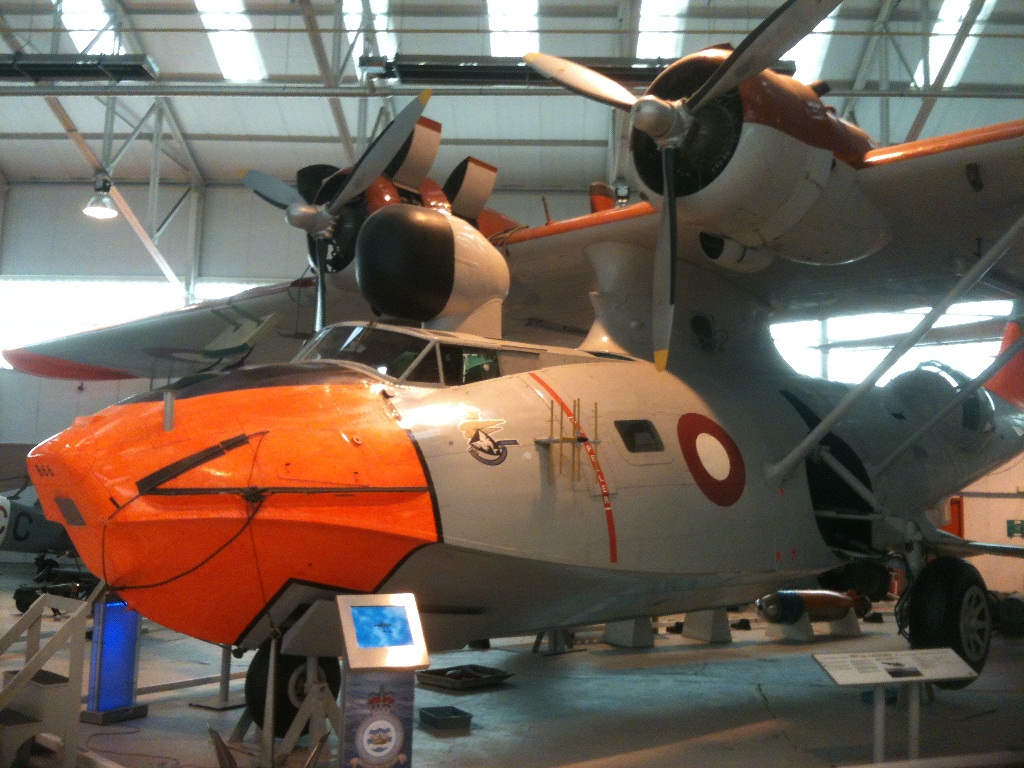 Next up was one of the most iconic planes of World War II, and a firm player favourite in World of Warplanes – the P-51 Mustang.  Little more needs to be said here about this cultural icon.  If you want to know more about it, check out our article!

The museum also features numerous aircraft from the Cold War period and the modern day as well as a selection of military and civilian ground vehicles from across the years.  This fabulous tank is a British Centurion. 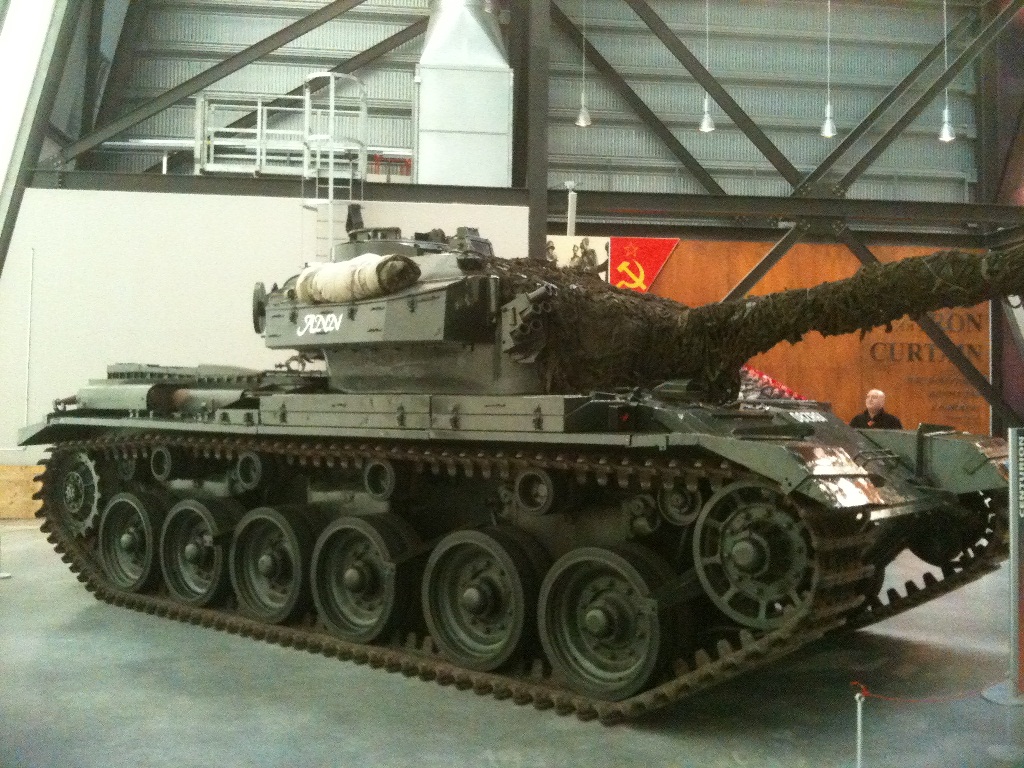 The Centurion – You can drive one of these in World of Tanks!

This is just a small selection of the exhibits at RAF Cosford.  The museum is open every day of the week and is free to enter, so it is well worth the visit!  As well as the exhibits, they also occasionally open their conservation centre to the public, where you can see the work being done to restore the aircraft.

Are there any planes from World of Warplanes in your local museums, pilots?  Why not tell us all about them and post your pictures to our forum!