Game Events Discuss on Forum
In other languages:

This weekend marks the anniversary of one of the most bizarre events of WWII – the air battle over the Serbian city of Niš. This rarely talked about incident involved Soviet and US aircraft, who were in fact allies throughout the war, attacking each other for unknown reasons. In today’s special, we have discounts-a-plenty on an array of US and Soviet warbirds, along with some nifty missions for you to complete

50% discount on the following aircraft:

30% discount on the following aircraft:

The Battle of Niš was fought between Lightnings and Yaks – get them now if you don’t already own one!

Use this chance to save some massive amounts of coin by targeting the right aircraft this weekend thanks to our helpful ‘Planes on the Menu’ mission!

The American aircraft attacked the Soviet convoy out of nowhere and seemingly for no reason.

Towards the end of 1944, the Red Army had beaten the Nazis in their own territory and began to push them further and further back west. On November 7th, the Soviet 6th Guards Rifle Corps was moving on Belgrade with orders to reinforce the southern wing of the Hungarian front. All of a sudden, just as they were passing the Serbian city of Niš, three groups of U.S. P-38 Lightning fi
ghter planes appeared on the horizon. To the Soviets’ surprise, four out of the twelve fighters split with the rest of their group, and suddenly and inexplicably began attacking the convoy of trucks, killing 31 and wounding 37 others. 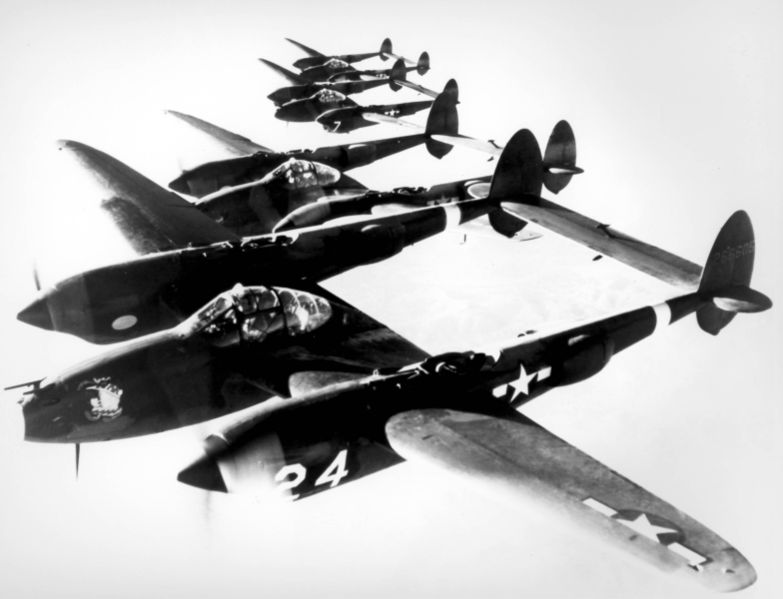 Although, as could be expected, the Soviets had been caught completely off-guard, they didn’t fail to react. Within minutes of the first attack, orders were
given to have 9 Yakovlev Yak-3 aircraft take off from the nearby Niš airfield to engage the hostile U.S. fighters. The help could not have come any sooner! The Yaks arrived on scene just as the second group of P-38’s was starting its attack on the helpless infantry who were feverishly trying to establish a defensive position against the unexpected enemy.

The two groups of fighters collided in the air above the outskirts of the city and soon entered a heated dogfight that the amazed habitants of Niš observed from the ground. Both sides lost a couple of airplanes, some from the air-to-air combat and some shot down by the Anti-Aircraft barrage, which by that time had also joined in on the action. When the Soviets realised that they were shooting at Americans, one of their pilots, risking his life, climbed up to the main group of Lightnings and by waiving his wings signalled them that they were on the same side.

It wasn’t until that moment that the Americans took notice of the clearly visible red stars that were painted on the Soviet fighter’s wings. They immediately disengaged, initiated a 240 degree turn and took off westward where they re-joined their main squad of another sixty Lightnings patrolling the area. To this day, it’s not entirely clear why the Americans attacked the Soviet convoy. It is likely that the group of stray P-38’s got lost and, while an impressive 400 km off course, mistook the moving trucks for German enemies.

The documents detailing the reasons behind the unsuspected attack remain highly classified to this day!

Historical records are not unanimous on exactly how many planes each side lost that day. While the U.S. speaks of four Yaks and two Lightnings lost, the Soviet side reports of two downed Yaks and five destroyed Lightnings. Because this incident is treated as top secret in both Moscow and Washington, nobody will know for sure until the official documents about this fateful event are declassified. Either way, this curious encounter remains to this day the only direct military confrontation between the U.S. and the USSR in the history of the two countries.

We hope you’re more careful with your Friendly Fire, pilots!