The first ever Tier IX Premium plane, the Goblin!

This is a momentous occasion, pilots! Joining the ranks of the astounding warbirds already in World of Warplanes, is the first and only Tier IX Premium warplane, the McDonnell XF-85 Goblin! This American Fighter now makes its live debut after rigorous testing and we hope you're excited to get your hands on it! 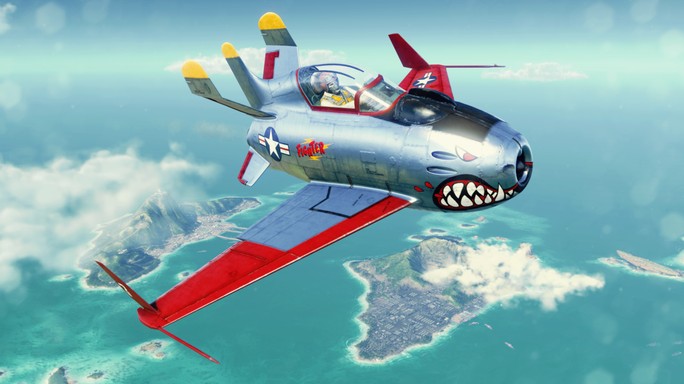 During World War II, American strategic bombers had a hard time defending themselves against enemy aircraft with powerful AA guns. This meant that they needed to be escorted by fighters for the duration of their flights, which could be up to six hours. Eventually, the airforce concluded that they needed to find a new way to protect their bombers.

One of the methods they came up with was the 'parasite fighters', which were exactly what they sound like! This 'parasite' would actually be carried aboard the bombers, wings folded, and would only engage if the mother ship was in immediate danger by being launched from the board of the bomber. Ideally, this fighter would repel the enemy attack and return back to where it came from, linking itself again with the trapeze inside the plane using a hook.

The XF-85 Goblin underwent tests in 1948, and it was the B-29 bomber that was modified to accommodate the small aircraft. The performance of the Goblin was outstanding, but unfortunately there were a lot of problems involved with hooking up to the bomber. The retrieval operation was simply too dangerous in the end, and the entire concept was scrapped.

After only two prototypes were made and tested, the project was cancelled. 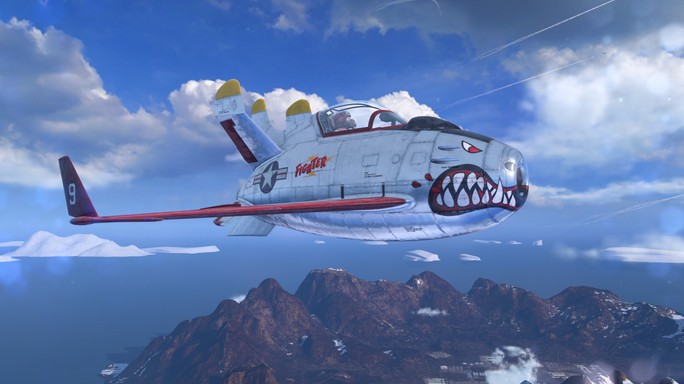 As aforementioned, the Goblin is a Tier IX American Fighter, so you'll be up against the best of the best planes. Read on to learn how to pilot this plane optimally.

The biggest strengths of this aircraft are the high dynamics and excellent manoeuvrability, which is par for the course with such a small and nimble plane. Aside from this plane living inside another, the word 'parasite' also conjures up another image. A small, slightly annoying blur that you try to ignore until it is up close and personal and draining your life force. It is a dangerous opponent.

However, as you may also expect from a parasite, its HP pool is quite small. Be careful to stay out of trouble using its great controlling, but note that the silver lining here is that it is also harder to hit due to its very small and hard to hit frame, which actually serves to increase its survivability.

As one would expect from such a compact plane with not a lot of room to stick huge scary guns on, it also has weaker armament than the planes it will meet in battle. The guns it has may be small, but their rate of fire is excellent. This of course increases its fighting chance at close range, which is definitely where you want to be with the Goblin. Get right into the faces of enemy fighters and burst them down while you dart in and out of danger at high speeds.

To summarise, here are some tips: 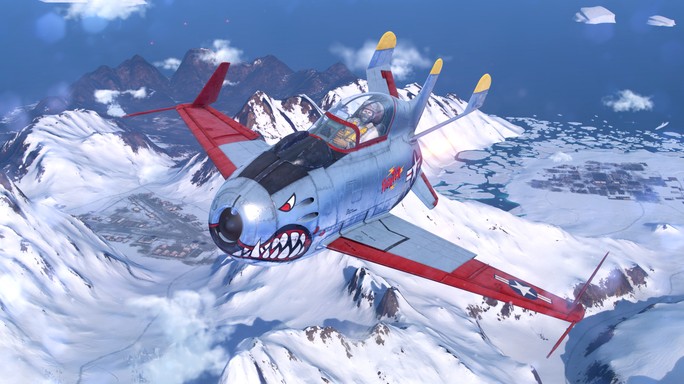 Without further ado, here is your chance to be one of the first to buy the brand new Tier IX Premium American Fighter, the XF-85 Goblin. As usual, we have a variety of offers for you to choose from and each comes with a number of handy extras to get you off to a good start, including equipment and pilots! Two of the bundles even pair together the XF-85 and the Tier VI American Bomber, the Douglas A-26B Invader, to give you a taste of what the teamwork between these two could've looked like!

Three of the bundles also come with personal missions, so be sure to see details of these below.

Important: The personal battle missions provided with this package will become available only after the 'first victory of the day' bonus is used up, and are only available to use with the XF-85. These missions will expire on 20 June 2018.

* Mission details for the XF-85 Goblin: